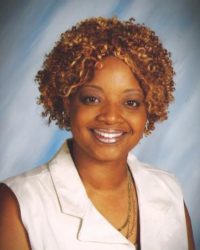 Adiaha Strange, Ed.D., became Vice President of Academic Affairs in September 2018 and has just finished her first year as VPAA. Although not the first African American to hold this position, she is the first female to be hired as VPAA in the school’s 23-year history.

Dr. Strange  has also served as an additional teaching resource with experience in giving seminars and facilitating courses in the Department of Professional Studies / The School of Arts and Sciences / the College of Arts and Sciences / & The School of Business Management, using a remote online platform for both distance and traditional educational institutions, to include an international campus.

Dr. Strange is also Nationally Board Certified, NBCT. National Board Certification recognizes accomplished teachers in schools nationwide. It is the most respected professional certification available in K-12 education.

Dr. Strange founded and operated a business that proudly provided services to children and adults with disabilities under a contract with Medicaid, Medicare, and Veterans Assistance from 2000 to 2018. Her research experience includes a qualitative phenomenological study to explore the attitudes, beliefs, and behavior of providers of adult care services with regards to their effect on the challenges faced by consumers with disabilities. This business was founded after working in the classroom and seeing the need for additional transition and support for students, beyond high school.

Dr. Strange has over a decade of educational, administrative, and accreditation experience. She actively participates in TRACS accreditation visits as a Team Evaluator in the areas of Distance Learning pedagogy and in the development of curriculum.

Head of Department of Pastoral Studies 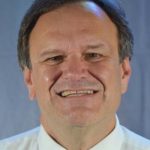 Dr. Garry Baldwin has ministered and Pastored Churches across North Carolina and has led Mission Teams around the World for over 40 years. Since 2004, he has served in Charlotte, NC as Pastor of Midwood Baptist Church in the Plaza Midwood/NoDa area.  His love for discipleship inspired him to begin teaching at Charlotte Christian College and Theological Seminary in 2005 in order to help train and mentor Urban Pastors.  He now serves as Department head for Pastoral Studies and the Masters of Divinity Degree. Dr. Baldwin earned a Bachelor of Arts in History from The Citadel, Charleston, SC, May 1976, a Master of Divinity with Religious Education, Southeastern Baptist Theological Seminary, Wake Forest, NC May, 1981, a Doctor of Christian Counseling, Bethany Theological Seminary, May 1988  and a Doctorate of Ministry in Leadership Studies, with a focus on Marriage and Family Discipleship and Counseling. Carolina Graduate School of Divinity, Greensboro, NC, May, 2015 (Magna Cum Laude Graduate)   DISSERTATION: Marriage and the Family Made in Heaven(Applying the Biblical Principles of Galatians 5:22-23 to the Practical Issues of Marriage and the Family)

Dr. Baldwin is the author of  3 books, “The Fruit Flavored Family”, “Here we Stand: Romans, a study guide”, and “Dr. Luke Discusses Discipleship: A devotional study through the book of Acts.”

Head of Department of Biblical Studies 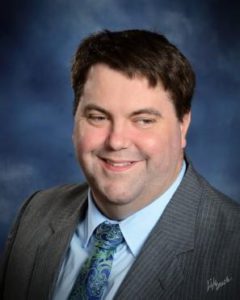 Head of the Department of Urban Christian Ministry 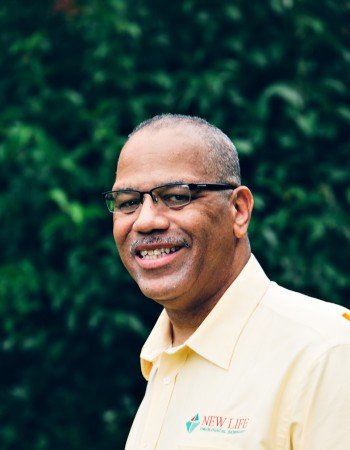 Dr. Logan has pursued Ph.D. coursework at Regent University concentrating in Theology and Ecclesiology. He received his Doctor of Ministry degree in Evangelism from Columbia Theological Seminary in Decatur, GA. His Dissertation was entitled: Evangelism in the African American Presbyterian Congregation: Equipping the Church for Growth. He earned his Master of Divinity degree from Princeton Theological Seminary in Princeton, NJ concentrating in Speech communication. He received his Bachelor of Arts degree from Kenyon College in Gambier, OH majoring in religion.

He has received additional training in Neurolinguistic Programming; served as an Evangelism Consultant in the Presbyterian Church, USA; served as a trainer in Parish Visitation Skills, Listening Skills, and Conflict Resolution through LEAD Consultants Incorporated.

Among his published works are the following: Article: Second-Career Students Offer Greater Depths of Urgency to the Church: published in PTS Alumni/ae News, Spring 1991; Article: Worship in the African American Religious Experience: published in Reform: What Is Christian Worship? 2000; Article: Worship: An African American Perspective: published by Reformed Liturgy & Worship: volume xxxi, Numbers 3 & 4, 1997; Article: Black Pentecostalism: published in Encyclopedia of Pentecostal and Charismatic Christianity, Stanley M. Burgess, editor, 2006; Sermon: There’s No Place Like Home: included in A Passion for the Gospel, Confessing Jesus Christ for the 21st Century: Geneva Press, 2000; Sermon: Reopen the Door: included in A Cry of Need and of Joy, Confessing the Faith in a New Millennium, volume One, Reformation Press, 2002; and, a book entitled: Moses: A Profile in Effective Christian Leadership, 2019.

He has taught, lectured and preached all over the world including but not limited to: More Than Conquerors School of Ministry Instructor: Homiletics; Hood Theological Seminary Adjunct Professor: Four courses, two per semester: Senior Preaching: Preparation and Delivery of Sermons; Resources for Preaching; and Evangelism; Kinshasa, Democratic Republic of the Congo: Taught Pastors for a week on issues relative to pastoral leadership (2004); Preached in churches across the country leading renewal events, men’s retreats, homiletics seminars, marriage retreats/workshops and Bible conferences; and, CUPEI, Brussels, Belgium: Lecture on Introduction to Urban Ministry.

Head of the Doctor of Ministry Program 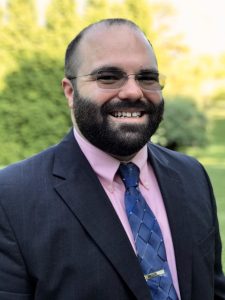 Bill is the author of Mapping the Christian Life, published by RevPress in 2010, Prayer: The Adventure: A six part study in Prayer, The Fruit of the Spirit: God’s Garden of Heavenly Delights, Personal Evangelism, Wild Child and Good Son: A Parable for Fathers and Sons, and How To Tell a Story: The Art of Being Interesting. He is currently working on two book—The Faith Matrix and At Play in the Garden of the Lord. He has also published two books of poetry. He has been published in The Herald, The Associate Reformed Presbyterian, Christianity Today, Preaching, and The Wittenburg Door.

Bill manages a resource website for Spiritual Formation—www.faithmatrix.com, which provides connections for those seeking to grow in the Spirit.

Garry Gates is an educator and pastor with thirty years’ experience in teaching, training, pastoral counseling, small group development, community integration, and first impressions ministry.  He is passionate about impacting others for Christ by joining God in bringing healing and hope to the lives of others through the power of the gospel.

He earned a Bachelor of Science Degree from Elon University and a Masters of Divinity with Religious Education from Southeastern Baptist Theological Seminary.

Garry began teaching part time for Charlotte Christian College & Theological Seminar in January of 2020. He also serves as Associational Missions Strategist (Associational Director of Missions) for the Mount Zion Baptist Association.  Garry has served in various churches in North Carolina, with the Hope Counseling Center, and has served in the Marine Corps Reserve.

Katie Harmon has a Master’s degree in library science from UNCG, as well as a Master’s in religious studies from Wake Forest University and a Bachelor’s in journalism from High Point University. She has extensive experience in academic tutoring, as well as in-class instruction, and information literacy.

Katie also has a passion for working with diverse and underserved communities and even interned in the library at the Charlotte-Mecklenburg Jail. Katie loves to inspire curiosity and confidence in her patrons and students.

Dr. Teresa Sires McIlwain graduated as a Religious Coalition for Reproductive Choice (RCR) Fellow from United Theological Seminary in Dayton, Ohio in May, 2003.  In October, 2013, she received the Outstanding D.Min Alumna Award.  She received her Masters of Divinity degree from Christian Theological Seminary in Indianapolis, IN in May, 1993.  Her doctoral program at United was “Sexuality and Spirituality in the African American Church.”  She served as the national North Carolina RCRC Black Church Initiative representative 2002 -2005.  In July, 2001, she became a national Board Certified Chaplain with the Association of Professional Chaplains.  She serves on local, regional, and national APC certification committees and mentors African American candidates as they prepare for their certification.   Last year at the National meeting she was recognized for being a member twenty-five years.  She answered the call to become a Pastoral Counselor and began her training at the Methodist Counseling Center in Charlotte, NC. in September, 1997.  She continued working as a chaplain part-time while doing her training under supervision.  In August, 2004, she started her own business in Charlotte, N.C., Inner Healing Pastoral Counseling Service.  In May, 2006, she was certified as a Pastoral Counselor in Atlanta, GA.  She was contracted as a facilitator for a women’s support group for Metrolina AIDS  Project (MAP) 2005 – 2009.  She resigned from being a staff chaplain at Carolinas Medical Center Hospital June 18, 2010 to pursue her North Carolina certification as a Fee-based Practicing Pastoral Counselor.  She met the Examination Board and passed on June 18, 2011.  The following year in October, she became a certified Fellow with the American Association of Pastoral Counselors, qualifying her to supervise pastoral counselors.  She is also a certified member of the American Corrections Chaplains Association and a member of the American Association of Christian Counselors.  Dr McIlwain wanted to continue educating African American pastors and leaders in the Charlotte community about STDs and HIV/AIDS.  She incorporated a non-profit, CHOPP, Inc – Children of Potential and Promise,  in July, 2010.  CHOPP, Inc endeavors to minister to the whole person – mentally, emotionally and spiritually.

Dr McIlwain is the Assistant Pastor of Refuge of God Christian Fellowship. Her husband, Bishop Michael C McIlwain, is the pastor. They have been married thirty-seven years. They have eight children and thirteen grandchildren.

Dr. Fred Smith obtained his PhD is from Southwestern Seminary in Fort Worth Texas. Dr. Fred Smith is the author of _Developing a Biblical Worldview, and written articles on the inerrancy of the Bible, the nature of our salvation, various world religions (Tibetan Buddhism, Hinduism, Shinto) and numerous book
reviews. Dr. Fred Smith has made presentations at the International Society for Christian Apologetics, the Evangelical Theological Society, the New Orleans Conference on Apologetics, the SBL Southwest Regional Conference and
the Southwest Conference on Christianity and Literature.

Prior to his coming to Andrews University, Berrien Springs, MI in 1997, Dr. Taiwo had served as professor of New Testament Theology and Interpretation at Babcock University (defunct, Adventist Seminary of West Africa) in Ilisan-Remo, Ogun state, Nigeria between 1987 and 1997. After earning his PhD in Religion (New Testament) in 2003 at Andrews, Dr. Taiwo also explored training in clinical pastoral education, and he was certified as a Board Chaplain by Association of Professional Chaplains (APC) in 2007.

While in training to become a CPE Educator at Atrium Health’s Carolinas Medical Center in Charlotte, NC, Dr. Taiwo served on faculty at Charlotte Christian College and Theological Seminary (defunct, New Life Theological Seminary) in 2006. He was later appointed as Head of Department of Urban Studies between 2007 and 2010. Dr. Taiwo also earned a second doctorate from University of Phoenix, Phoenix, AZ in 2015 in Organizational Leadership with emphasis on Information Systems and Technology. Dr. Taiwo’s research experience includes a qualitative phenomenological study that explored physicians’ perceptions and lived experiences of the effect of information technology on medical practice, and the revelations of obstacles to adoption. In addition to his wealth of education and practice of clinical ministry, Dr. Taiwo continues to assist pastors and lay people to experience CPE through distance learning. This is also important for individuals exploring a call into professional chaplaincy.

Dr. Frank Tallerico pastored churches in southern Ohio for 34 years. In addition to preaching teaching, and leadership development, He provided counseling services to various congregations and to the local community. Dr. Tallerico moved to Charlotte, NC in 2012 to take a position with the Mecklenburg County Sheriff’s Office to work with the resident population of the county detention center. He has worked as a chaplain and as an adult program specialist providing reentry services to the residents. Dr. Tallerico earned a Bachelor of Arts (Pre-Seminary) from Cedarville University in Cedarville, Ohio, a Master of Arts (Theological Studies) from Reformed Theological Seminary in Orlando, FL, a Doctor of Ministry (Pastoral Care) from Trinity Evangelical Divinity School in Deerfield, IL, and a PhD in Psychology (Industrial & Organizational Psychology) from Grand Canyon University in Phoenix, AZ. Dissertations: A Disciple-making Strategy of Hope for the Alcohol Addict (DMin) and A Qualitative Study: Burnout and Calvinistic Pastors in the United States (PhD).